This extinct volcano is one of Uganda’s oldest physical features, first erupting around 24 million years ago.

Mt Elgon was once Africa’s highest mountain, far exceeding Kilimanjaro’s current 5,895m. Millennia of erosion have reduced its height to 4,321m, relegating it to the 4th highest peak in East Africa and 8th on the continent.

Mt Elgon is home to two tribes, the Bagisu and the Sabiny, with the marginalized Ndorobos forced to dwell deep within the forest of Benet.

The Bagisu, also known as the BaMasaba, consider Mount Elgon to be the embodiment of their founding father Masaba and refer to the mountain by this name.

At 4,000km² Mt. Elgon has the largest volcanic base in the world. Located on the Uganda-Kenya border it is also the oldest and largest solitary, volcanic mountain in East Africa. Its vast form, 80km in diameter, rises more than 3,000m above the surrounding plains. The mountain’s cool heights offer respite from the hot plains below, with the higher altitudes providing a refuge for flora and fauna.

Mount Elgon National Park is home to over 300 species of birds, including the endangered Lammergeyer. The higher slopes are protected by national parks in Uganda and Kenya, creating an extensive trans-boundary conservation area which has been declared a UNESCO Man & Biosphere Reserve.

A climb on Mt. Elgon’s deserted moorlands unveils a magnificent and uncluttered wilderness without the summit-oriented approach common to many mountains: the ultimate goal on reaching the top of Mt. Elgon is not the final ascent to the 4321m Wagagai Peak, but the descent into the vast 40km² caldera.

This is considered the shortest way to get to the summit within 4 days, 3 nights but it has a steep beginning. Once this is dealt with, the rest becomes easy and gentle but intensive. You will set off from Budadiri gate on boda boda to Bumasola Village where the starting point is.

Day 1: Arrival at Budadiri Gate for the registrations, briefing, meet the ranger guides, porters, and the cook. You will then board boda bodas to the starting point in Bumasola Village. You will hike through the wall of life to Sasa River camp 2900m A.S.L for your late lunch then you Enroute to Mude camp 3500m A.S.L camping for our first night.

Day 2: Early in the morning after breakfast, you will embark on a hike to the wagagai peak (4,321m A.S.L) where we are going to pass through the jackson pool, summit and Caldera then have our second night at Mude camp.

Day 3: After Early morning breakfast, hike from Mude camp to Kajere camp which stands a distance of 21kms at an elevation of 3,383 meters above sea level via the proposed camp ,muyembe camp and spend an overnight at Kajere camp.

Day 4: After early morning breakfast, we shall continue with our hike for about 17kms to Tutum Cave camp 2,667m A.S.L for your late lunch then slope for 11kms to Kapkwai exploration center and these marks the end of your 4 days hike to mount Elgon. 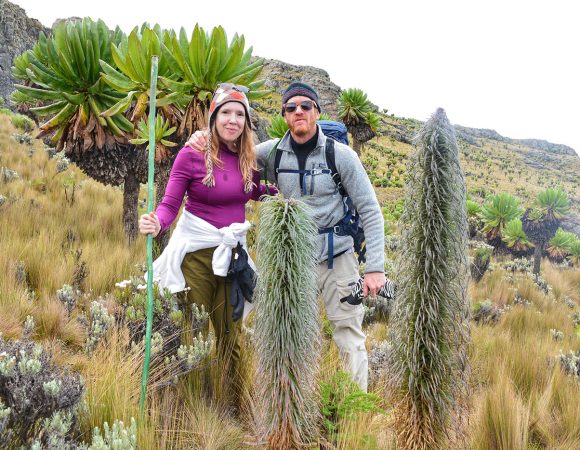 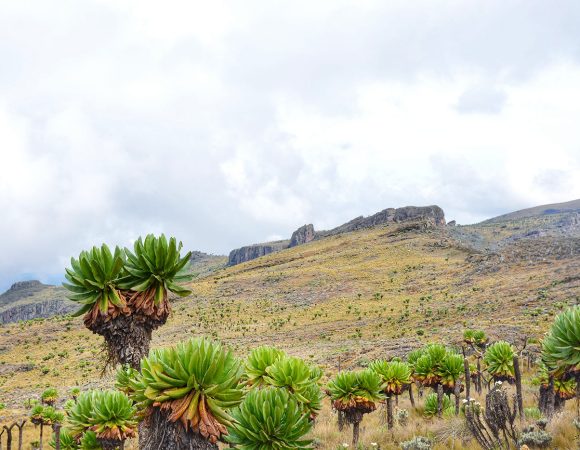 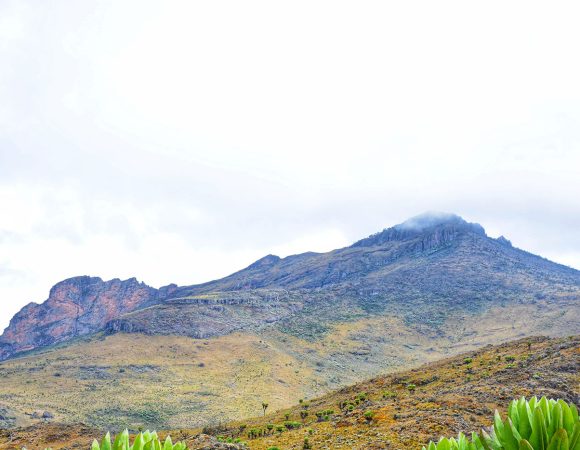 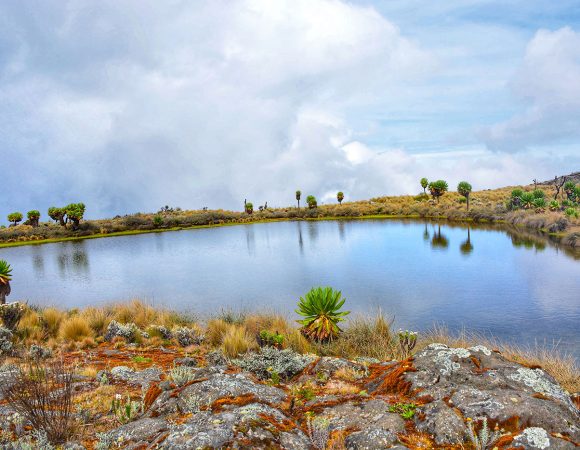