Sebei ,Kalenjin people and their Cultures

Sebei is an ethnic group of Uganda and Sudan. They speak Sebei, a Nilotic language. Many members of this ethnic group occupy three districts of Kapchorwa, Kween and Bukwo found in Eastern Uganda.Their territory borders the Republic of Kenya which is a home to more than five million Kalenjin, a large ethnic group to which the Sebei belongs. The Sebei, now known mainly as Sabiny, speak Kupsabiny, a Kalenjin dialect spoken by other smaller groups of Kalenjin stock around Mount Elgon. The Sebei and these smaller groups inhabiting the hills of Mount Elgon collectively are referred to as the Saboat.

The Sabiny, like the rest of the Kalenjin, circumcise teenage boys and girls as a rite of passage.History of the Sebei or Sabiny people. Modern Sebei consists of three formerly independent but closely interrelated tribes living on the northern and northwestern slopes of Mount Elgon (and on the plains below) in eastern Uganda. The term Sebei has come into use in modern administrative parlance, and the descendants of these three tribes now identify themselves as Sebei. Etymologically, Sebei (variously Sebei, Sapei, and so on) is a corruption of Sapiñ, the name of one of the tribes. The other two tribes are the Mbai and the Sor.

Their territory was curtailed by the drawing of the Kenya-Uganda border, for Sapiñ formerly extended into modern Kenya on the eastern side of the mountain and onto the Uasin-Gishu Plateau. In language and culture, the Sebei are closely affiliated to the people on the southern slopes of Elgon; indeed, modern politics largely severed these close ties, though a good deal of intermarriage and movement between the territories and some psychological identity remain. This last has been reinforced by modern political leaders, who formed the Saboat Union (people who use the greeting, supay) as a pressure group. The union includes the three Sebei tribes in Uganda and their sister tribes on the Kenya side of the border, Bok, Kony, and Boηom (Kipkorir, 1973:71).

The research reported in this volume, however, applies only to the three tribes in Uganda who identify themselves as Sebei.The circum-Elgon Saboat tribes are a closely affiliated cluster of the group of tribes now known as Kalenjin. Tucker and Bryan (1962:137) define this term as follows:
Clan, Kin, and Age-Set
Oh, here is drink for all of us; even our grandfathers, even our fathers; all the old women and all the old men; even our uncles who have gone below. Drink ye! Watch over us that we may love, that the people should be in peace. Even the cows and goats should increase and have long life. You who are evil, you drink and go away; do not return to this house. Away!

Sebei prayer to the good and evil spirits
The remaining elements in the formal structuring of Sebei society are the kin-based organizational units, clan and lineage; the kinship terminology and the patterning of interpersonal relationship based on consanguinity and marriage; and the age-set structure. In dealing with each of these subjects, our attention will be directed both to its traditional organization (as it existed at the time of first European contact) and to its present operation, examining the structural elements, the functional use, and the psychological involvements of these institutions.

Clan and Lineage
Each Sebei belongs to a clan (aret, arosyek, pl.), a patrilineal, strictly exogamous, named social entity. Aret membership is the most important affiliation in a man’s life; it is the first thing a person wants to know about a stranger. A man cannot change clan affiliation, except as clans may split apart. Clans have a strong spiritual hold on their members and are even seen as having a kind of genetic inheritance of traits.

There are some two hundred separate clans among the Sebei, though a definitive list cannot be made. Each clan is composed of the descendants of a single founder, and usually its name is formed by prefixing the syllable kap (descendants of) to the founder’s name. Some, however, have names derived from mythic accounts or some habit or practice attributed to the founder.
The Ritual Transformation from Child to Adult
My stomach is churning;
Mother is very worried,
I do not think that you will be brave tomorrow.
Mother’s circumcision song 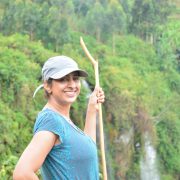 Beautiful sites to visit at Sipi 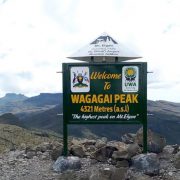 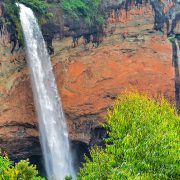